Every year at COACT we take the Wednesday before Thanksgiving to come together as a team and reflect. This year, our focus was on high performing teams.

Going into the meeting, I thought to myself, “having a high performing team can’t be that difficult. Especially if we have a bunch of ‘super stars’ on our team.”

The good news is that throughout the retreat, I recognized many qualities of high performing teams – psychological safety, playing to strengths, and strong relationships – that are already part of COACT’s culture.

The following traits of high performing teams are some of the most important and simple to implement within your organization.

How well do you really know your coworkers? Believe it or not, being friends with your teammates and feeling safe to collaborate and share ideas is one of the most cited characteristics of a high performing team. And it makes intuitive sense. “Innovation rarely comes when teammates feel judged for the quality of their idea,” says Gene Hammett, a speaker and growth strategist for Leaders in the Trenches podcast.

Creating a culture of psychological safety also requires that the team develop the emotional intelligence and soft skills to recognize and overcome interpersonal issues. David Kirk, an investor and past professional rugby player, reflects on his experience with athletic teams: “Team members understand they must overturn any obstacles quickly and completely to focus on the job in hand,” he states in his article World-class teams. Whether your team prefers to avoid disagreement, or encourages debate to spur creativity, understanding the individual personalities within the team will create the psychological safety needed for innovation.

Play to the Strengths of the Team

Another common characteristic of a high performing team is based on individual ability, and how well team members play to their own strengths. Each team member has a specific role to fulfill, and the combination of everyone’s skillsets is what ultimately pushes the team to achieve a goal.

However, there is importance for every team member to be a generalist as well. Here at COACT, I see this firsthand on our marketing team, where everyone has a specialized role within design, development, content, or project management. While each marketing team member is highly skilled in his or her role, we are also generalists in that we have foundational knowledge of the other roles so we can help if needed.

A simple way to implement this balance within your own team is by ensuring that leadership understands each team member’s strengths and assigns projects that are in their wheelhouse. It’s easy to fall into the habit of assigning projects based on availability, instead of who is best suited for the job. From there, ongoing training can be used to give the team additional knowledge in other areas and create stronger generalist capabilities.

Predicting what others on the team are thinking and feeling can seem like an unsolvable mystery. Does the team have a clear understanding of their roles? Do they think their work is making an impact? Finding the answer is as simple as giving a survey, as Google researcher Matt Sakaguchi did when he noticed his team was underperforming.

A few weeks after giving the survey, Sakaguchi brought his team together to discuss the results, and was surprised to find that the team neither fully understood their roles nor felt fulfilled by their work. The session then became a time when each team member shared a piece of personal information. They realized that they worked together every day but didn’t really know each other – the bond created in this meeting is what ultimately altered the team’s long-term performance. “My work is my life. . . if I can’t be open and honest at work, then I’m not really living, am I?” said one of his team members. The bonds we establish through open discussion and listening are key for the relationships that create high performing teams.

As we head into a new year and a new decade, think about your own cultural thermometer. How well do you know your people? Have you created a culture of psychological safety, where people feel comfortable and even encouraged to share their ideas? Try kicking off the new year with a survey or company retreat to create openness and build relationships – you may find that it not only boosts team performance, but overall happiness too. 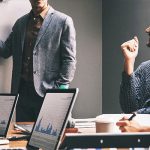 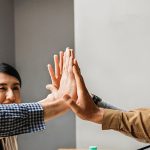 How do you make a new employee... 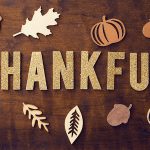 On my first anniversary of employment and...