On August 3, 2019, COACT Associates will be exhibiting at a local gala entitled “A City in Transit” at the downtown train station in Toledo, Ohio.

Hosted by the 501(c)(3) nonprofit organization and Toledo media think hub Midstory, this event’s mission is to bring people together, to encourage conversation, and to dream for our future destination.

COACT looks forward to joining over 100 businesses, organizations, institutions, and community groups in a revolutionary event that is truly the first of its kind here in the Glass City.

Midstory began when a group of talented native Toledoans returned to their hometown after moving to the East Coast to attend prestigious institutions like Princeton, Harvard, and MIT.

“Though we left our hometowns to develop our academic careers and professional futures on the East Coast, our experiences – in literature and the arts, policy, design, science and technology – ultimately helped us appreciate our hometowns with new, returning light,” they explain on their website.

Midstory is dedicating to retaining, cultivating, and attracting youth and the public to Toledo, a city which, like many other cities in the Rust Belt, has been largely overlooked by the greater U.S. despite the various advantages, stories, and assets that it has to offer.

Midstory’s vision is to “have a powerful midstory in the nation, curating a voice for postindustrial communities – toward renewed socio-cultural capital in the Midwest.”

This vision, founded in the goals of cultivating Toledo’s young people and cultivating the Toledo voice both locally and nationally, has led to the publication of over 100 multimedia stories, national recognition from major organizations like WGTE (an NPR member station), large-scale projects like the Toledo Water Project, and ultimately, standout events like the upcoming gala.

What is the “A City in Transit” Gala?

Midstory describes “A City in Transit” as “a summer gala to rally Toledo’s citizens.”

And that, at its core, is what the event is: a place, a space, and a solution for organizations and companies from across the region to gather together to celebrate, plan, discuss, and dream for the what our city will be.

The location itself is deliberate and significant. Like the downtown train station, Toledo is a “City in Transit,” and Midstory, powered by its partners and the community at large, is working to move Toledo to the future.

This gala is anticipated to have 1,000+ attendees from all across the city and 100 expected platforms. Visitors will have the chance to meet with local companies like COACT, partake in family-friendly activities, and listen to live local music.

(A fun fact: COACT’s own Anna Wagenhauser, our integrated marketing specialist, will be one of the featured musicians at the gala with her Americana band, Chloe & the Steel Strings!)

Why is COACT Associates Attending the “A City in Transit” Gala?

COACT Associates has long been committed to serving Toledo and northwest Ohio as a whole. We are firm believers that it matters where you make it and that the sign that greets visitors with our over 100-year-old slogan is telling the truth:

But like many, we know that while Toledo has a lot to offer, we need to continue to come together to innovate and revitalize our community.

That’s why we are excited to join other businesses, as well as local nonprofits, at this upcoming gala and help contribute to sharing Toledo’s unique “midstory” to the world. 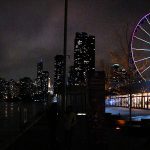 The Heart and Soul of...

FABTECH 2019 represented the industry at its... 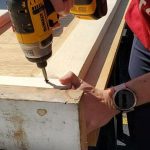 Giving Back: The Importance of...

A few kind hearts can make a... 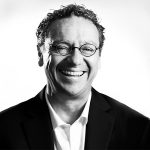 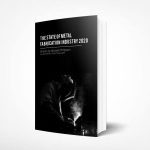 COACT to Release Report on...

Any cookies that may not be particularly necessary for the website to function and is used specifically to collect user personal data via analytics, ads, other embedded contents are termed as non-necessary cookies. It is mandatory to procure user consent prior to running these cookies on your website.