When articulated clearly, shared widely, and exemplified by the majority (if not all) of your employees from the top down, core values can drive profitability and results, create purpose-driven organizations, and improve employee and company performance.

But first, let’s step back for a minute and explore what core values actually are.

Core values are statements which summarize the beliefs of an organization: who it is, what it cares about, and its overall reason for being.

They also tie to your organization’s purpose and vision.

For example, at COACT Associates, our purpose is as follows:

We provide a process solution to business growth and prosperity.

One of our core values specifically points out how we, as a company, help our clients to reach both business growth and prosperity:

We are committed to producing positive results – we complete our work in a performance system that features planned action and measurement.

This, in turn, helps our clients have business growth and prosperity.

Now that we’ve reviewed what core values are, let’s dive into why they matter and how they can help your company.

1) Successful, profitable, and visionary companies have core values and live up to them.

But Southwest Airlines isn’t just a great place to work.

Over the past few years, Southwest Airlines’ annual revenue has increased year-over-year.

This isn’t accidental. Southwest Airlines is also known as being a visionary company.

In the best-selling book “It’s Not What You Sell, It’s What You Stand For” by Roy M. Spence, Jr., he describes Southwest Airlines’ core values and core purposes and explains how both made Southwest Airlines a visionary – and inherently, profitable – company.

Spence then goes on to show how Southwest Airlines didn’t have great core values that just sat there behind a dusty glass frame on a boardroom wall. Instead, their leadership team and employees lived up to these values and lived them out in their work.

Based on Southwest Airlines’ increasing revenue and continued recognition for being a great place to work, we can assume that what Spence mentioned in his 2011 book have continued since then.

Southwest Airlines isn’t the only company to have prospered financially because of its core values.

Statistics back up what Flamtholtz said. In another Human Synergistics article by culture consultant S. Chris Edmonds, he points to a study that showed that companies who viewed their core values as being important experienced a 35% increase in results/profits over 18 months.

Key Takeaway: Visionary, successful, and profitable companies like Southwest Airlines have core values they live up to and that help fuel their vision, success, and profit.

2) You can use your core values to improve your employee engagement and satisfaction levels.

But if your organization has defined core values, recognizes their importance, and has staff that live out these values, you’re more likely to have happier, more satisfied, and more engaged employees.

A 2017 SHRM survey found that some of the following aspects were selected as the most important when it came to job satisfaction:

Lived out core values can help achieve this:

But there’s more. According to a study by The Purposeful Culture Group, employee engagement boosted by 40% in an 18-24-month period when a company’s values were defined, aligned, and measured.

Key Takeaway: By defining and living out your core values, you can have happier, more satisfied, and more engaged employees.

3) If your leaders don’t believe in or live out your company’s core values, you may at be at risk of losing valuable employees.

Company leaders are not just figureheads. Everything they do affects every part of their organizations. They set the pace for everything that is done or isn’t done. If you have weak leaders, you have a weak company.

And for a culture to change, the leadership must be committed to it.

In fact, If the leadership team doesn’t buy into this change or isn’t willing to commit to change, nothing will change.

Since core values are part of – and influence – a company’s culture, it makes sense that any company whose leaders who do not believe in or live out their company’s core values will not see these values translated into actual results.

Spence explains it this way in “It’s Not What You Sell, It’s What You Stand For”:

He goes on to mention one of the potential consequences of this:

“…without the leadership embracing the values and purpose, you risk alienating, frustrating, and, ultimately, losing those value-driven people in your organization who would really like to channel their talents and energies towards making a difference.”

You’ve probably heard before that a company is only as good as its people. That’s true. Obviously, you want to have valuable and passionate employees who are dedicated to your business and its mission. And you want them to stay.

But if your leadership team isn’t living out these core values, you may lose these employees.

Key Takeaway: Your company’s leaders have a huge influence on your employee retention level. If they don’t buy into or live out your core values, you’ll lose your most valuable employees.

There’s no denying it: Core values are very important for companies. They can increase profitability, employee satisfaction, and help to establish a business as being visionary.

If you would have told me five... 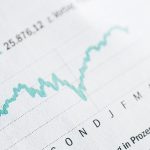 Why You Should Consider Using...

Back when I was a senior in... 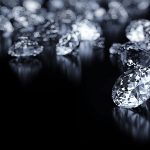 To Become a Diamond, You...

“A diamond doesn’t start out polished and...