The Ultimate Guide to Building a Successful Brand: Part 2

In our last post, I defined branding and all the steps you can take to become successful.

But what happens when these steps are not taken, and a brand fails?

Author Sherie Jacobs states in a Neil Patel article that there are five failures that can be destructive to a brand:

To eliminate these paths to failure, brands must go back to the basic essence of a brand that Marty Neumeier highlights in The Brand Gap (2006):

Learn more about “The Brand Gap” by Marty Neumeier!

A Case for Branding: New Coke vs. Coca-Cola

A key to understanding a brands position of strength is to examine branding in positions of weakness.

In 1985, Coca-Cola’s feud with Pepsi ignited the brand to eliminate its top-selling soft drink and replace it with a new formula called New Coke.

Market share had shifted due to Pepsi repositioning themselves as a youth brand. Coca-Cola had always been the market leader since its inception and was in a stage of decline.

Figure 2 illustrates the five stages of decline according to Jim Collins in How the Mighty Fall (2006) that we can relate to a branding perspective.

During this time, Coca-Cola was in Stage 4: Grasping for Salvation, looking to hold on to any hope of staying in power with their current branding approach.

As Coca-Cola’s market share plummeted, they no longer could deny the competition that Pepsi had brought their way. Failing taste tests and marketing messages led them to introduce a sweeter formula.

Coca-Cola had lost its way from a branding perspective. The new branding strategy proved to be disastrous. Market research taste tests proved that New Coke’s taste outperformed Pepsi; however, branding goes beyond a blind taste test.

Branding, instead, is based on brand preferences.

He writes in The Other Guy Blinked: How Pepsi Won the Cola Wars (1986):

This case study exemplifies that even the largest companies in the world can lose their way with branding. For all its success throughout time, Coca-Cola had to fail to find its brand once again.

Understanding the feelings of the customer is the key to building and maintaining a successful brand and a position of strength.

The Lasting Impact of Branding: Ames vs. Walmart

Another way to understand the lasting impact of branding is to look at the competitive landscape of a market segment.

According to Jim Collins in How the Mighty Fall, Ames began with the same idea as Walmart four years before the organization was created.

Both companies’ branding was people- and low-priced based.

So, why is Ames no longer in business today?

From a branding perspective, the scope of its identity can be lost as witnessed with Coca-Cola’s failed attempt with New Coke. Similarly, Ames had a costly branding miscue as well that resulted in the demise of the company.

From the top of the organization, Walmart’s core branding philosophy was and remains that it exists for its customers creating everyday low prices. Ames had this same branding philosophy, but in 1988, it reached Stage 2 of Stages of Decline (see Figure 2).

Slashing the idea and branding behind prices and people, it purchased several other retailers for rapid growth. This was unsustainable, and the company liquidated in 2002 after emerging from bankruptcy.

These case studies are useful in illustrating the importance of successful cohesive branding.

When feelings and history get lost, brands do as well – which turns success into failure. 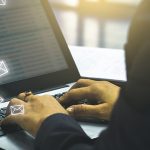 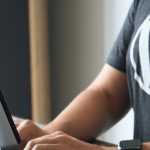 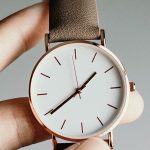 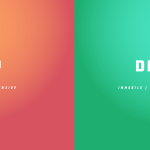