The One Thing on Trump’s Phone

The other day, I pulled into my kids’ daycare, got out of my car, and walked them in.  When I returned, I got in, picked up my phone, checked my email, and checked my Facebook.

Then I put my phone down and looked up.  The car to my left had a father and his son, and the father was also checking his phone.  I put the car in drive, looked in my rearview mirror, and the car behind me was driven by a lady that was also…. checking her phone.

This whole situation reminds me of the importance of “turning off.”  Clearly, the morning wasn’t the time for me; however, it wasn’t until today I thought about this again.

Yes, his ONLY app; what would your life be like with only one app?

Drake Baer’s article on Thrive Global explores this further.  I guess this is referred to as something called unitasking…please tell me more!

In the article, Baer states:

Top White House officials say the key to forcing a more disciplined President Trump (like the one onstage overseas) is limiting his screen time. (Not unrelatedly, it’s also a key to raising a well-adjusted child.) You have to applaud Trump’s aids for getting the President to Marie Kondo his smartphone. At Thrive we’re big on paring your apps down to only the ones that bring you joy, moderating your use with them, and making sure you’re the one controlling the device, rather than the device controlling you. Maybe that’s why, in the middle of a nine-day trip, the cantankerous, homebody executive is yet to set off an international incident.

I guess if he “HAS” to use Twitter, I am glad that is the only app he is on (unlike the rest of us).

So, I started to think about this whole concept of unitasking. Sure, I could do it on my phone, but where else could this work, and where would it make sense?

An article written in 2013 in Forbes by Jacquelyn Smith provides all of us some insight into unitasking and why it’s just as appropriate and necessary as multitasking.

“Multitasking is necessary and extremely beneficial at times—and you might even be praised by your boss for doing it at work—but the truth is, dividing your attention among multiple things may prevent you from allocating the time and attention that is necessary to do an excellent job, and it can make you more susceptible to errors.”

Smith quotes Marjie Terry, the VP of business development and client service at Great on the Job:

“Unitasking is hard to do as you have to purposefully tune out constant interference, but, when achieved, it leads to greater productivity. It’s absolutely important to know how to unitask because some projects and decisions require deep, uninterrupted thought. If you can’t do that, you might make an okay decision or do an okay job. But if you can really focus on one thing, you’re more likely to do really well.”

Smith adds, “Undivided focus and energy leads to the best possible solution to any given problem.”

So here are some tips she gives to help you (and me) unitask:

Ready to practice?  Let’s get started on your next commute into the office.  No apps screaming at you, no email – I wonder how much you would be able to think about with a clear mind?

*Note: This article was originally published in August 2017 and has been updated and revised for relevance. 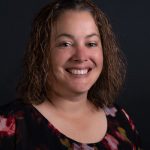 “Sales is a result—business development is the...

Stop Looking for that Form...

I recently came across an article titled...