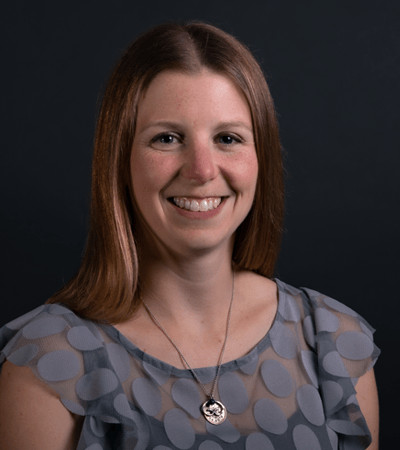 Elizabeth was born in Richmond, Virginia, and was raised in both State College and Allentown, Pennsylvania. Her dad was a pilot in the Navy, so they moved a lot when she was younger before they settled in PA. She received her undergraduate degree from Penn State University in Hotel and Restaurant Management, and obtained her Master’s degree in Organization Development from Bowling Green State University.

When Elizabeth has a break from work and school, she loves to cook and bake. There is nothing more relaxing than baking. She also enjoys reading just about any type of novel, with her favorite genres being crime and drama. Elizabeth approaches life with a sense of optimism and kindness. She is soft spoken which makes her come across as shy at first, but once you get to know her she has no problem speaking up. Her favorite part about COACT is the chance to interact with so many different types of companies and people, which has really expanded her knowledge base.

Have you ever won a trophy and for what?:
I was a competitive cheerleader in high school, and was named an All-American Cheerleader by the National Cheerleading Association. My team was also named National Champions my senior year!
Your first pet and its name:
My first pet was a hamster named Judy
The best place you’ve traveled:
St. John in the USVI. The water is so blue and the island is extremely laid back and undeveloped. It’s not touristy like most other islands in the Caribbean.