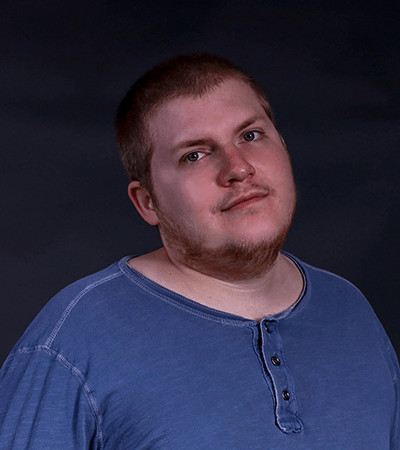 Austin is a member of the Marketing Department whose daily activities include web development and software design projects for clients as well as internal COACT initiatives. He was born and raised in Tennessee until the age of 11 when his family relocated to Toledo and has been living here ever since. Austin received his BS in Computer Science and Engineering from The University of Toledo.

Austin enjoys spending time with friends and family and travelling to see them across the country. He is a huge computer and technology enthusiast. His favorite thing about COACT is being able to design systems that people use all over the world every day with the creative freedom that COACT provides.

Actor you would play in a movie:
I would definitely play James Bond (Pierce Brosnan version) since he gets to use the coolest gadgets, drink martinis, and gets all the ladies all day/every day and it’s his job!
TV show you can’t miss:
Actually, anything with Gordon Ramsay (Hell’s Kitchen, Kitchen Nightmares, or Master Chef) is awesome. Watching him belittle people with his British accent is hilarious.
First pet and its name:
My first pet was a three-legged dog with one eye I got when I was 5. I named it ‘Surprise’ because I noticed how surprised people were when they saw it.